(AP) – Just like a decade ago, Californians approved welfare standards for farm animals in a landslide on Tuesday. 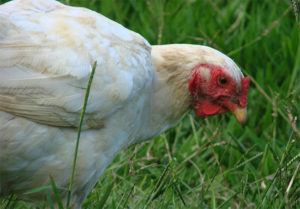 Precedent-setting “cage-free” Proposition 12 will require farmers to give sows, veal calves, and egg-laying chickens more room to move about and also require that pork, veal, and eggs produced outside of California but sold in the state meet the same standards.

Prop 12 passed by a 6-to-4 margin, according to the California secretary of state’s office.

In Washington State, voters decided, 55-45, in a statewide referendum to ban city and country governments from following Seattle’s lead of enacting a soda tax.

In Oregon, a proposed overhaul of the state’s tax system, including a ban on soda taxes, was defeated 57-43.

“California voters have sent a loud and clear message that they reject cruel cage confinements in the meat and egg industries,” said Kitty Block, chief executive of the Humane Society of the United States, a leading supporter of Prop 12.

The referendum would end the use of sow “crates,” veal-calf stalls, and “battery” cages for egg-laying hens. Beginning in 2022, floor space for hens would be determined by the cage-free guidelines set by the trade group United Egg Producers.

The predecessor of Prop 12 was Proposition 2, passed in 2008, which said farm animals should have enough room to stand up, sit down, turn around, and fully extend their limbs.

Prop 2 and a subsequent state law putting similar standards on food produced in other states ignited legal challenges that are still undecided.

The soda industry poured millions of dollars into the referendum in Washington State. “The results are in: Voters said yes to prohibit local grocery taxes!” exulted the Yes to 1634 committee.

In Oregon, Measure 103 was the second defeat of an attempt to overhaul the state tax system since 2016. “Grocers and soda companies … had no better results this year than the unions did two years ago,” said the Portland Oregonian.

“Measure 103 backers pitched it as a ban on taxing food, but campaign finance records show the real focus was on one element of the initiative: a sweeping ban on soda taxes. Oregon has no soda taxes now, and Measure 103 was meant to ensure it never would.”