The only path to 2018 farm bill runs through Senate, say activists 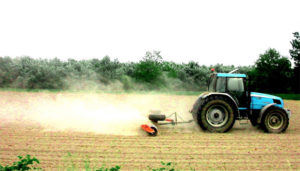 If Congress fails to pass a farm bill this year, it will be the fault of House Agriculture chairman Michael Conaway, who would harm SNAP and land stewardship programs, said six anti-hunger, environmental and small-farm groups on Monday.

Climate change’s impact on beer (Reuters): A new study predicts that climate change could double the cost of beer in many countries, as barley yields suffer.

Coffee price crisis (Coffee News): Associations representing coffee growers in 30 nations in Latin America, Africa and Asia sent a joint letter to many of the largest coffee buyers warning that low market prices are “generating a deep economic, social and potentially political crisis, and unrest amongst coffee producers all over the world.”

A Frito’s mystery (NPR): NPR investigates why, if the price of corn is going down, did the cost of a bag of Frito’s in the employee break room go up?

Central Coast may be jackpot for legal pot (Washington Post): As marijuana farms sprout in wine country in California, the Central Coast, between San Francisco and Los Angeles, could be on track to grow more pot legally than the “Emerald Triangle” of counties in Northern California where an illicit industry prospered for decades.

China finds African swine fever near Beijing (Reuters): African swine fever, often fatal for hogs, was confirmed on a farm in Tianjin, a municipality southeast of Beijing, said the Agriculture Ministry; nearly three dozen outbreaks of the disease have been reported in China since Aug. 3.