With a few GOP regrets, House sends farm bill to Trump for signature

United in a bipartisan embrace, the House sent the status-quo 2018 farm bill to President Trump after a landslide 369-47 vote on Wednesday, with only a few Republicans openly lamenting that the bill will not impose stricter work requirements for SNAP recipients. 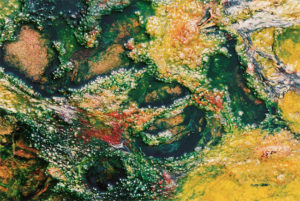 In NOAA’s annual Arctic Report Card, scientists highlighted the recent rise of toxic algae blooms in the region. The blooms, common in more temperate climates, are expected to increase in the Arctic, affecting people who depend on wild foods.

The USDA anticipates it will announce payment rates before the end of this year for the second round of Trump tariff payments, said an agency spokesperson on Wednesday. The news followed a published report that the White House was delaying the payments.

Another win for hog farm neighbors (Charlotte Observer): A jury ruled in favor of eight North Carolina residents who sued Smithfield Foods’ subsidiary Murphy-Brown over its management of hog waste on farms in the state.

Animal welfare group charges chicken mistreatment (Bloomberg): The Humane Society contends that the majority of chickens raised by Pilgrim’s Pride are raised in cruel and unsanitary conditions, counter to the public image the company is attempting to cultivate.

Taking on Big Cracker (MarketWatch): A class-action lawsuit alleging that whole-grain Cheez-Its are not actually made of whole grains will move ahead after a court decision.

McGovern to leave House ag panel (Ag Insider): The foremost House proponent of food stamps, Democrat Jim McGovern of Massachusetts, will leave the Agriculture Committee in January when he becomes chairman of the Rules Committee.

Trump selects new CFTC chairman (White House): Heath Tarbert, an assistant secretary of the Treasury, is President Trump’s choice to be chairman of the Commodity Futures Trading Commission for a five-year term beginning in April 2019.