With no end in sight for the trade war, the Trump administration will begin a second, multibillion-dollar round of payments to soybean, cotton, pork, dairy, sorghum, wheat and corn producers by the end of the year, said Agriculture Secretary Sonny Perdue on Monday. 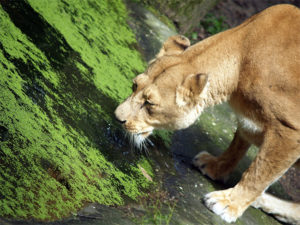 Global populations of mammals, birds, fish, reptiles and amphibians have declined, on average, by 60 perent since 1970s, said the World Wildlife Fund in its Living Planet Report 2018 on Monday.

Corn will be king in 2018 (Farmdoc Daily): Based on current market prices, U.S. farmers will expand corn plantings by 2 percent and curtail soybeans by 4 percent in 2019, returning corn to its position as the most widely planted crop in the country after a rare year of supremacy by soybeans.

American Petroleum Institute poll punches E15 (DTN/Progressive Farmer): The oil industry released results of a “push” poll, which uses loaded questions to skew responses, to say President Trump’s support of year-round sales of E15 is not supported by the public and may face a backlash.

Colon cancer deaths rise with pesticide use in Brazil (SciDev.Net): For the first time, the use of pesticides has been linked to sharp rise in colon cancer deaths in a developing country, according to reseach appearing in the journal Chemosphere.