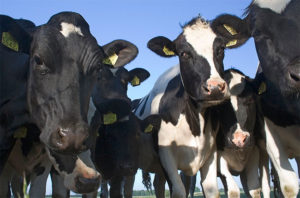 NAFTA’s influence on Mexico: an interview with Alyshia Gálvez

Much of the domestic discussion of NAFTA’s effects have centered on American workers, eaters, and growers. But in Eating NAFTA: Trade, Food Policies, and the Destruction of Mexico, Alyshia Gálvez writes of how Mexico has been affected by the trade deal, and what possibilities for better deal-making could emerge if we took seriously the concerns of that country’s workers, eaters, and growers.

Rates of obesity, diabetes and other diet-related diseases have soared in India and other developing countries in recent years, coinciding with a flood of cheap palm oil that is used in everything from processed snacks and fast food to traditional foods like samosas and poori, according to the latest story published with The Nation.

Goodbye, Cooking Light (Forbes): Meredith Corporation is consolidating the two cooking magazines Cooking Light and Eating Well under the latter’s brand; the last issue of Cooking Light will be its December issue.

Wednesday
– Yom Kippur, the Day of Atonement, the holiest day on the Jewish calendar.