The Trump administration’s budget-cutting plans for next year may well include a test, or even a full-scale revival, of “America’s Harvest Box,” said Agriculture Secretary Sonny Perdue on Wednesday. 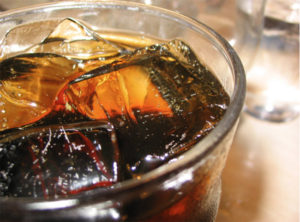 In June 2017, the Seattle City Council approved a tax of 1.75 cents per ounce on sugary beverages. Now the soda industry has donated almost every dollar of the $20.2 million raised to support a statewide referendum on Nov. 6 that would prevent other cities and counties in Washington State from following Seattle’s lead.

We don’t need Congress for E15 (Reuters): Acting EPA administrator Andrew Wheeler said he does not need Congress to change air pollution laws to allow the year-round sale of E15, and he expressed hope that the oil industry would drop its threat of a lawsuit against year-round E15.

SOS for CSAs (Chicago Tribune): Amid a swarm of competitors offering organic and locally grown produce, the community supported agriculture (CSA) marketing model — getting a box of food weekly from a local farmer — has “fallen out of favor with consumers, who value convenience and customization.”

Ag losses near $3 billion (Georgia Department of Agriculture): A Georgia official said Hurricane Michael had caused “nearly $3 billion” in agricultural damage in the state, including $1 billion for foresters, $560 million for pecan growers, and $300 million to $800 million for cotton growers.

Referendum on the Amazon (New York Times): The leading candidate for president of Brazil “has promised to champion his country’s powerful agribusiness sector, which seeks to open up more forest to produce the beef and soy that the world demands,” with possibly dire consequences for Brazil’s tropical forests and the global climate.

Hatching the Egg-Tech Prize (FFAR): The Foundation for Food and Agricultural Research plans to offer up to $6 million in prizes for technology that can accurately and quickly determine the sex of chickens before they hatch.

Trump tariff payments near $300 million (Adams on Agriculture): Crop and livestock producers have submitted about 97,000 applications and the USDA has paid nearly $300 million to farmers to offset the impact of retaliatory tariffs on U.S. agriculture.