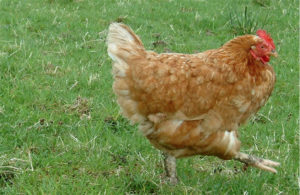 If fundraising is a predictor of electoral success, supporters of “cage-free” Proposition 12, which would specify how many square feet of space California farmers must provide for egg-laying chickens, sows and veal calves, will stroll to victory in a statewide referendum on November 6.

Tally of organic farms and acreage inches upward since 2017

Sales of organic food are booming and account for more than 5 percent of U.S. grocery sales, running ahead of organic’s small but growing share of the farm sector. The organic farms total is up by 3 percent and harvested acres are up by 2 percent from 2017, market data company Mercaris said on Tuesday.

Beer climate news may not be so bad (Brewers Association): A beer economist argues that a recent report predicting climate-caused price hikes didn’t account for ongoing preparation in the industry for changing climate conditions.

Mild, nutty taste? Cottonseed for people. (San Antonio Express): Cottonseed hummus is one of the possible uses for a biotech cotton variety, approved by USDA, that has low levels of a toxin that previously prevented human consumption of cottonseed.

Jurors ask judge: Keep Monsanto verdict (San Francisco Chronicle): Two, and possibly four, of the jurors who awarded $289 million to a terminally ill groundskeeper sent letters to Superior Court Judge Suzanne Bolanos, asking her to reconsider her tentative decision to overturn most of the damages against herbicide maker Monsanto.