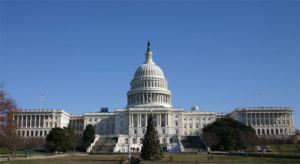 In nearly identical wording, the House and Senate Appropriations committees told the USDA to delay the relocation of two research agencies outside of the Washington area because of insufficient justification of the proposal.

Agriculture Secretary Sonny Perdue announced Tuesday that USDA’s county offices will be open for many, but not all, services during the partial government shutdown. Meanwhile, concern rose that SNAP or school meal programs will run out of money if the month-old shutdown persists.

The weedkiller dicamba, which has spurred conflict in farm country because of its damage to non-GMO crops, has spread to beekeepers, who say that the herbicide is depleting pollinator habitat and harming the bees, according to the latest story produced in collaboration with Reveal from the Center for Investigative Reporting.

Confusion and fear keep some from SNAP (WAMU): Many Maryland residents who qualify for SNAP aren’t enrolled in the program; the reasons for under-enrollment include fear of deportation and a lack of information about how to sign up for the public benefits.

Farmworker wins suit against dairy (Fresno Bee): A farmworker in Fresno won a precedent-setting case against his former employer, a dairy, for wage and other workplace violations.

Cotton on the moon? Not yet (Evolving Science): Cotton seeds sprouted in a “mini-biosphere” on a Chinese lunar lander—the first time humans successfully grew living material outside of their home planet—but the plants died as night fell to 280 degrees below zero Fahrenheit.

Trump plays chicken with China (The Hill): President Trump’s policy of confrontation with trading partners is “a game of chicken in which U.S. agriculture may end up paying a heavy price,” writes former USDA chief economist Joe Glauber in an op-ed.