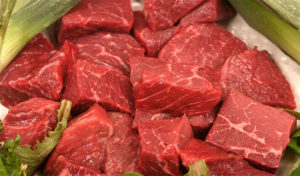 The Department of Agriculture and the Food and Drug Administration began a two-day stakeholder meeting Tuesday to discuss how to regulate livestock and poultry produced with cell-culture technology. Agriculture Secretary Sonny Perdue and FDA Commissioner Scott Gottlieb emphasized that both agencies have a role in creating a regulatory framework for lab-grown meat, but suggested such a framework will still take months to complete

Two years after the thundering defeat of a carbon tax in a statewide referendum, voters in Washington State will decide whether to establish a carbon fee on polluters, starting at $15 a ton for large-scale emitters of greenhouse gases.

The Environmental Protection Agency plans to begin work in February to allow year-round sale of E15 and complete the regulation in May, just ahead of the usual June 1 cut-off of summer sales. Iowa Senator Chuck Grassley, from the top corn and ethanol state, said on Tuesday that the agency “ought to speed it up.”

Aid for Chinese company hit by trade war with China? (Washington Post):  Under Trump’s trade bailout package, foreign-owned firms like Smithfield Foods and JBS, the two largest pork companies in the US, can apply for aid to offset losses resulting from the trade war with China.

Wine’s final hours? (Reuters): Constellation Brands, one of the largest brewers in the country, is looking to sell $3 billion worth of wine brands as the alcohol industry shifts from wine to beer and cannabis.

Judge cuts Roundup award by three-fourths (San Francisco Chronicle):  Terminally ill Dewayne Johnson has until December 7 to accept a dramatically smaller award—$78.5 million vs. the original $289 million—or go through a new trial to decide how much Monsanto should pay in punitive damages in a lawsuit that blames the maker of Roundup weedkiller for causing cancer.

Owning the food chain (Harvest Public Media): Big-box retailer Costco is building a farm-to-table production system in eastern Nebraska to ensure a steady supply of rotisserie chickens to sell at its stores while having control over costs.

CattleBot, the remote control cattle driver (Meat and Poultry): Commodity giant Cargill unveiled its 450-pound, remote-controlled CattleBot, the size of a golf cart, to herd cattle at its slaughter plant and reduce the risk of injury to workers.

Trump to speak at FFA convention (Indianapolis Star): Nine day before the midterm elections, President Trump will “talk about what his administration has done for farmers” at FFA national convention.