U.S. ag sales to China to fall by 45 percent in trade war 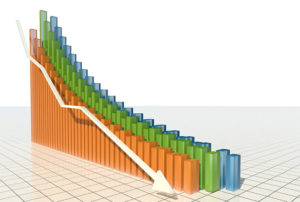 China, formerly the No. 1 customer for U.S. ag exports, will buy a comparatively paltry $9 billion worth of those exports this fiscal year, a startling 45 percent cutback due to the trade war, said the USDA on Thursday.

Iowa Sen. Chuck Grassley feigned shock on Thursday that House and Senate negotiators did not want his farm subsidy reform in the final version of the five-year farm bill. “Surprise, surprise, surprise,” he said scornfully.

R.I.P. GIPSA (Federal Register): The USDA formalized the elimination of the Grain Inspection, Packers, and Stockyards Administration — the branch of the agency responsible for enforcing antitrust law in the livestock industry — as a standalone unit and reorganized it under the Agricultural Marketing Service.

Monsanto buy brings job losses (Wall Street Journal): Bayer will cut 12,000 jobs, the consequence of the company’s tumbling stock price since its acquisition of Monsanto for $63 billion earlier this year.

Four seasons of falling prices (New York Times): A Times report chronicles a year in the life of one Kansas farmer who is wrestling with the Trump administration’s trade war with China and that country’s escalating tariffs on U.S. soybeans.

Big Food’s secrets (Civil Eats): A newly public trove of food industry documents reveals how the industry has worked to suppress scientific claims that its products are unhealthy.

Small bump for advanced biofuels (Reuters): When the EPA unveils the Renewable Fuel Standard for 2019, it will stick to its June proposal of 15 billion gallons of corn ethanol and marginally increase, to 4.92 billion gallons, its target for second-generation “advanced” biofuels.

Experts say no to USDA relocation (NSAC): Two former USDA chief scientists are among 21 research experts who signed a letter of opposition to moving the Economic Research Service and the National Institute of Food and Agriculture out of Washington.

Use of cover crops is up (USDA): Cover crops were grown on 4 percent of U.S. cropland in 2015, double the percentage in 2010, says the “Conservation Trends” report, which also says corn growers are rapidly adopting GPS guidance systems and variable-rate planters.