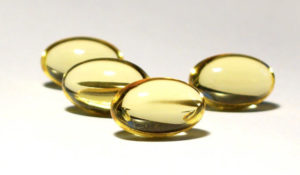 On the same day the FDA warned companies against hawking dietary supplements for Alzheimer’s disease, Commissioner Scott Gottlieb announced “one of the most significant modernizations of dietary supplement regulation and oversight in 25 years.”

While the growing list of Democratic candidates for president is dominated by politicians from predominantly urban settings, some still have decent track records on agriculture and food issues. But rural advocates caution that the candidates need to build on past proposals if they hope to steer rural voters away from Donald Trump and the GOP.

Farmers grill Perdue for details about resumed exports to China

During a day trip to North Carolina, Agriculture Secretary Sonny Perdue was thanked for the billions of dollars the Trump administration is sending to farmers to mitigate the impact of trade war with China. But he was also prodded for a resumption in exports.

Fighting for a climate plan in the Plains (AP): Some Nebraska lawmakers and advocates want the state to pass a climate change plan, but past attempts have been stopped by politicking and climate change denial.

No Sweethearts for your Valentine (Wall Street Journal): Candy heart fans are heartbroken that, for the first time in a hundred years, the conversation hearts won’t be hitting the store shelves this week. Their maker, Necco, went out of business last year.

‘It’s hard to value Lincoln land’ (JG-TC): Thirty acres of farmland once owned by President Lincoln in east-central Illinois are to be auctioned today, Lincoln’s birthday, as part of 590 acres offered in a quitting-farming sale in Charleston, Illinois.

Montana legislator seeks stricter meat labels (Food Safety News): The Montana state Senate Agriculture Committee scheduled a hearing for today on a bill to mandate country-of-origin placards for meat and poultry sold in the state and to prevent common terms such as “hamburger,” “steak,” “wings” or “ribs” being used in labels or advertisements for cell-culture meat.

Sixth year of smaller winter wheat seedings (USDA): Due to cold and wet planting weather, growers sowed the smallest amount of land, 31.29 million acres, to winter wheat since 1909; plantings have declined every year since 2013.