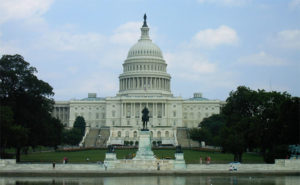 With congressional leaders calling the shots on forestry language, and with an incendiary Republican proposal for strict SNAP work requirements apparently off the table, negotiators reached a tentative agreement Wednesday on a farm bill that is evolutionary rather than revolutionary.

When cell-based meat appears in grocery stores, it should be labeled so that consumers know it came from a lab and not from livestock, two cattle-state senators told the Trump administration’s nominee to run the USDA’s food safety unit on Wednesday.

Animal welfare a growing concern (YouGov): According to a new poll, 77 percent of Americans say they consider animal rights when purchasing meat products.

A record of discrimination (New Food Economy): Naomi Earp, a longtime federal employee and President Trump’s nominee to head civil rights at the USDA, has cost the government nearly half a million dollars as a result of racial discrimination complaints against her and employees under her supervision.