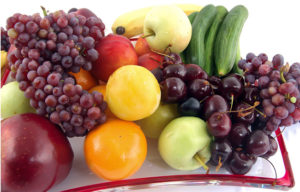 There is little point in writing a compromise version of the House and Senate farm bills if it does not include stronger work requirements for food stamp recipients, said analysts from think tanks favoring free enterprise and members of a group of state officials that promotes self-reliance.

For Ashtin Berry, activism is key to hospitality

Ashtin Berry wears many hats: food and beverage activist, consultant, writer, speaker, teacher. From her home base of New Orleans, she encourages conversations about inclusion, equity, and how the restaurant and beverage industry can improve its treatment of marginalized customers and workers.

On Thursday, after months of complaints about undue secrecy, the EPA unveiled a modified website on the Renewable Fuel Standard that shows its decisions to exempt small-volume refineries from the mandate to mix biofuels into gasoline and diesel fuel.

Heavy rain from Hurricane Florence has caused some 57 manure lagoons in North Carolina to flood, overflow, or suffer structural damage — an increase of 14 in a single day, said the state Department of Environmental Quality on Thursday.

What the troops ordered: MRE pizza (New York Times): The years it took to develop “combat-ready pizza” illustrates the difficulty of creating tasty food that will stay fresh for 36 months and survive parachute delivery.

Threat to EU food-name rules (AP): “Geographical indications,” the unwieldy term for the European Union rules that link a food name to its place of origin, face a test with Brexit: Will Britain honor the rules after it departs the EU?

WTO to quiz U.S. on Trump tariff payments (Reuters): Half a dozen countries submitted questions for a WTO agriculture committee meeting next week on whether the United States is following international trade rules with its payment of billions of dollars to farmers to offset the impact of the trade war.

Cornell charges food researcher (Vox): For years, Brian Wansink was at the center of food-consumption analysis; now six of his papers were withdrawn in a single day, and Cornell University, home of his Food and Brand Lab, says he “committed academic misconduct.”

Alaska referendum pits fish vs. mines (High Country News): This fall’s general election ballot in Alaska will include a referendum, Measure 1, on stronger protections for fish habitat in a state where fishing and mining are major industries.

SNAP records should be public, says newspaper leader (NNA): The president of the National Newspaper Alliance asked farm bill negotiators to ensure public access to USDA data on where SNAP benefits are spent.