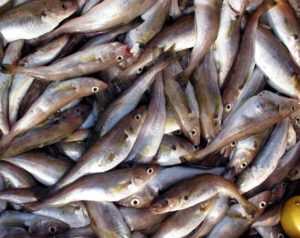 More than 100 organizations submitted a letter to members of Congress on Wednesday asking them to oppose ocean aquaculture. The letter was delivered as the looming renewal of the “fish bill,” the Magnuson-Stevens Act, reveals divides between the fishing industry and environmentalists, ocean advocates, and other stakeholders about the future of fisheries regulation.

The Senate Agriculture Committee will vote next week on a bipartisan farm bill that makes few changes to food stamps, farm supports, and crop insurance, a marked contrast to the decision by House Republicans to pursue welfare reform in their farm bill.

Trump says more ag sales to Japan on the way

On the same day that President Trump said he expected increased agricultural exports to Japan, the chief U.S. agricultural negotiator told farmers in Iowa that more than 14 percent of U.S. farm exports have been or will be tagged with retaliatory tariffs in U.S. trade disputes with countries such as China and Mexico.

The last days of the vaquita

Despite a last-ditch effort by a group of radical conservationists, the vaquita — a small porpoise found only in Mexico’s Gulf of California — is going extinct, and will likely disappear this year…

Farmland deals fail (GRAIN): “A significant number of big farmland deals collapsed” in developing nations in 2017, says a nonprofit advocate of community-based food production. “These are not failed land grabs, since the land almost never goes back to the communities, but failed agribusiness projects.”

China to become big cotton importer (Reuters): After working through surplus stocks, China will resume its role as one of the world’s largest cotton importers in the next couple of years, buying two or three times as much cotton as the 5 million bales forecast for this year.