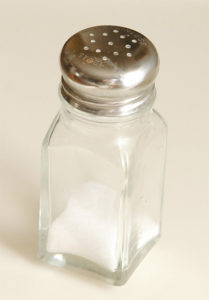 The warnings are nearly ubiquitous: Americans consume too much salt. The National Academy of Medicine reinforced the advice on Tuesday with a recommendation to consume less than 2,300 mg a day to reduce the risk of high blood pressure and heart disease.

A group of partners is launching a nonprofit at a major natural foods trade fair Wednesday, trying to help mission-driven companies transition ownership to future generations without selling out their values to win venture capital or corporate ownership

General Mills, ADM, Cargill, McDonald’s, and The Nature Conservancy are among 10 companies and nonprofit organizations that are forming a national market by 2022 to incentivize the adoption of farming practices that build soil carbon and improve water conservation.

Reflecting the hard times in agriculture, a larger share of farmers than a year ago say they won’t expand their operations.

USDA tells ERS and NIFA staff who stays and who moves

As part of Agriculture Secretary Sonny Perdue’s plan to move the two research agencies out of the Washington area, officials have given “stay/go” information to ERS and NIFA employees.

Gottlieb resigns as FDA chief (HHS): Health Secretary Alex Azar confirmed Scott Gottlieb has resigned as FDA commissioner in a statement thanking Gottlieb for two years of service; the Washington Post was first to report Gottlieb’s decision and said he would leave in about a month.

Goodbye, Papa John (Wall Street Journal): The founder of Papa John’s is leaving the company once and for all, following months of fallout from his remarks criticizing NFL players for protesting police brutality.

Pultizer prize gives small town a big voice (Civil Eats): Art Cullen of the semi-weekly Storm Lake (Iowa) Times finds national interest in issues such as immigrant meatpackers and nutrient runoff from farmland that are themes in his editorials.

Ethanol on trial in Iowa caucuses (Politico): As Democratic candidates embrace strong action to offset climate change, the first-in-the-nation Iowa presidential caucuses could test whether support for corn ethanol is a winning strategy.