Trade talks with Japan are a chance to catch up, say farm groups 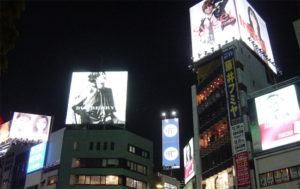 Three groups that promote U.S. farm exports say the upcoming U.S.-Japan trade talks are a chance to gain ground against Australia, Canada, and the EU, which will benefit from free trade agreements with Japan.

FDA on ‘fast track’ to assess labeling of non-dairy milks

The Food and Drug Administration announced on Thursday that it is moving ahead on modernizing its standards of identity for plant-based dairy alternatives, like soy and almond milks.

If they didn’t tighten their belts, Americans certainly pinched their pennies on food during the 2008-09 recession and the recovery that stretched far into this decade, say USDA economists. Middle-income households continued to spend less on food through 2016.

Global soy stocks up 30 percent (IGC): World soybean production will hit a record 370 million tonnes this year, up 9 percent from last season, and the “carryover” at the end of 2018/19 will soar by 30 percent, to 52 million tonnes.

EPA okays E30 test in Nebraska (Gov. Ricketts): The EPA approved a pilot project to study the effects of using E30, a 30-percent blend of ethanol into gasoline, in state-owned vehicles and compare the results to the effects of E15 on engine performance, fuel economy, and emissions control systems.

The GMO factor (AJAE): The GMO labeling rule that took effect in mid-2016 was followed by a 13-percent decline in the price of beet sugar and a 1-percent increase in the price of cane sugar, say two economists. Sugar beets are almost entirely a GMO crop while sugarcane is not.

A cap on RINs trading (Reuters): The White House may try to limit speculation and reduce costs to oil refiners through new restrictions on the trading of biofuels credits known as RINs; the move could be part of a package that includes the year-round sale of E15.

Petition: Ban ‘non-GMO’ from labels (Food Dive): A Washington think tank petitioned the FDA to ban “non-GMO” from food labels on the grounds that the label suggests those foods are healthier than conventional foods.

Carbon farming (Cal Matters): In an attempt to reduce greenhouse gas emissions, 80 California farmers have joined a state-funded program to increase carbon concentrations in the soil on 8,600 acres of agricultural land.

Reduce glyphosate tolerance levels in oats (EWG): A group of foodmakers, grocers, and environmentalists petitioned the EPA to reduce the permitted level of glyphosate residue in oats and to prohibit using the chemical as a pre-harvest drying agent.