Iowa’s Chuck Grassley was one of two senators on Tuesday to suggest an extension of the farm law that expired at the start of this week. President Trump has backed House Republicans in demanding stronger work requirements on a larger number of food stamp recipients as part of the bill.

Lets examine restaurant industry’s #MeToo problem, and what to do about it 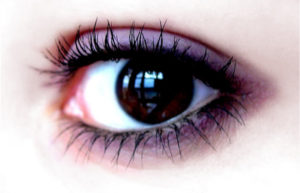 The #MeToo movement has revealed allegations of abusive behavior by several high-profile chefs and restaurateurs, sparking a national conversation about sexual harassment and gender inequity in the restaurant industry. On Monday, a panel in Brooklyn of top woman chefs, writers and food activists to discuss the problem, and how to work toward a more equitable and inclusive future.

Flood water from Hurricane Florence still afflicts some North Carolina hog farmers more than two weeks after the storm reached land. For the 10th day in a row, the DEQ reported 41 manure lagoons were flooded or overflowing at hog farms.

Recipients of Trump tariff payments may include two senators

Iowa Sen. Chuck Grassley and Montana Sen. Jon Tester are among farmers who applied for Trump tariff payments, reported the Washington Post. The senators were the only lawmakers to tell the newspaper that they would seek payments.

Most farmers say trade war will reduce their income

These are grim times in farm country, according to a Purdue University poll: One-half of farmers say their farm’s financial condition is worse than a year ago and, for the third month, more than 70 percent said the trade war will reduce their net income this year.

Wisconsin bleeds dairy farms (WPR): In the first eight months of this year, 5 percent of Wisconsin dairy farms went out of business, according to state data. Industry officials blame the decline on low milk prices over the past three years.

Trump may attach strings to E15 (Reuters): As a concession to oil refiners, the White House may tighten the rules on trading of ethanol credits, known as RINs, at the same time that President Trump announces year-round sales of E15.

Climate change a threat to African peatlands (Global Landscapes): The peatlands of the Congo basin in central Africa are a vast, boggy carbon repository that could release greenhouse gases due to climate change and more immediately, an expansion of farming, logging, mining and oil drilling.

Letter by scientists against USDA makeover (UCS): More than 1,100 scientists and economists signed a letter to Congress asking for a delay, and greater study, of Agriculture Secretary Sonny Perdue’s plan to move two research agencies out of Washington and to take direct control of one of them.