Will Trump ask for big SNAP cuts for the third time?

In budget proposals in 2017 and 2018, President Trump tried to slash funding for SNAP by about $200 billion over 10 years — roughly one-fourth of its total funding. Now, with Trump close to unveiling his fiscal 2020 budget package, the “hunger community” is concerned about a renewed call for massive cuts.

In recent years, agribusiness groups have fought legislation that would require large-scale livestock farms to report what pollutants they discharge into the air. But this week, a Maryland poultry industry group announced a partnership with the state’s environmental regulators to monitor those emissions. 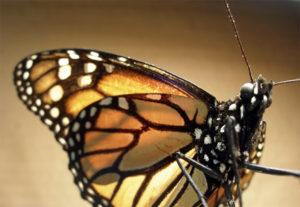 An annual survey of monarch butterflies hibernating in Mexico found that the population was 144 percent higher than it was in 2018. The results, said the World Wildlife Fund on Wednesday, offered “a testament to the power of conservation.”

A lifeline for SNAP payments at farmers’ markets

Alcohol regulators face a backlog (Brewbound): Employees of the Alcohol and Tobacco Tax and Trade Bureau, who went back to work this week, are now processing the more than 10,000 alcohol beverage label requests that piled up during the government shutdown.

West Virginia looks to end SNAP ban (AP): The state is one of three that has instituted a lifetime ban on SNAP participation for people convicted of drug-related felonies. Now some lawmakers want to end the ban.

McDonald’s growth slows at home (Reuters): Although the company reported unexpected growth overseas, customers in the United States appear to be moving away from the once-dominant fast-food chain.

A ban on horse slaughter (Schakowsky): In a move applauded by animal welfare groups, Reps. Jan Schakowsky, an Illinois Democrat, and Vern Buchanan, a Florida Republican, have filed a bill to permanently ban the U.S. slaughter of horses for human consumption and the export of horses to slaughterhouses in Mexico and Canada.

Ag Census results delayed (USDA): A report on the 2017 Census of Agriculture, originally set for release in late February at the Agricultural Outlook Forum, has been postponed due to the partial federal government shutdown. A new release date has yet to be determined.

Brazil tops $100 billion in ag exports (CNA): In 2018, for the first time, Brazil exported more than $100 billion worth of farm products. The total, up 6 percent from 2017, was driven mainly by soybeans, beef, and cellulose pulp, with China as the No. 1 market.

Threat to dairy exports (USDEC): The U.S. share of Japan’s dairy market could drop by half over the next decade if the United States does not negotiate trade agreements to overcome the advantages given to competitors by the TPP-2 pact and an EU-Japan free trade agreement, says a study commissioned by the U.S. Dairy Export Council.