President Trump’s promise to protect U.S. agriculture from retaliatory tariffs by China and other countries will be paid on the installment plan — half this fall and the rest in December, or early 2019 if assistance is still needed, said Agriculture Secretary Sonny Perdue on Monday. 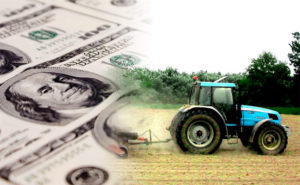 President Trump dangled the possibility of terminating NAFTA, which generates one-third of U.S. food and ag trade, at the same time he announced a tentative trade agreement with Mexico on Monday.

Rising levels of the greenhouse gas carbon dioxide in the atmosphere will reduce the amount of nutrients in staple crops such as rice and wheat, say researchers at Harvard’s public health school.

Supply management wedge in Canada (iPolitics): In the race for leadership of the Conservative Party, a wedge issue was Canada’s supply management system for dairy, poultry and eggs; in the end, delegates at a policy convention in Halifax did not debate a resolution to end the system.

If it’s plant-based, will carnivores eat it? (AP): Food makers are leaning toward the description “plant-based” instead of “vegan” or “vegetarian” in hopes of appealing to a broader audience.

Conservation Reserve will get bigger (Minneapolis Star Tribune): Low commodity prices are boosting farmer interest in the land-idling Conservation Reserve at the same time the question for farm bill negotiators is how much additional land should be allowed into the reserve.

For a short commute, live rural (Daily Yonder): Rural residents are more likely than city dwellers to spend less time driving to work, says a University of Minnesota study. Less than a quarter of rural residents spend half an hour or more in transit, while more than a third of metropolitan workers are in the car that long.

Less conservation on rented land (CARD): Chinese farmers were half as likely to adopt a key conservation practice called “straw retention” on rented farmland as on land they own, say five ISU researchers; results suggest China needs to address agricultural sustainability as it encourages a land rental market nationwide.