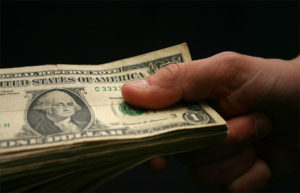 Agriculture Secretary Sonny Perdue described a potential tri-national agreement on a new NAFTA as the start of a domino effect in rewriting U.S. relations with trading partners around world.

Disease hitting Chinese hogs sure to spread in Asia

China, the world’s leading hog producer, has culled nearly 40,000 hogs in its attempts to stop African swine fever since the disease, deadly for hogs but no threat to humans, was spotted on its farms last month.

More bid time for ERS and NIFA (USDA): Universities and localities will have until Oct. 15, rather than the original deadline of Friday, to submit “expressions of interest” to be the new home of two USDA statistical agencies that Agriculture Secretary Sonny Perdue has decided to move out of Washington.

Food price index holds steady (FAO): The price of cereal grains went up, but sugar and vegetable oils declined, with the net result that the food price index was virtually unchanged in August.

Bill would require reallocation of RFS waivers (DTN/Progressive Farmer):Two midwestern lawmakers filed a bill to force EPA, when it issues a hardship waiver exempting a small-volume refinery from the RFS, to reallocate the gallons to other refiners to prevent a back-door reduction in the RFS.

It’s Monsanto movie time (CBC): Twenty years ago, Monsanto and Canadian farmer Percy Schmeiser tangled in an epic court case over GMO canola seeds that were growing on the farmer’s land, but that he did not buy. Christopher Walken is the lead in a feature film being shot in Winninpeg that relives the battle.

Monday
– Rosh Hashana, the Jewish New Year, also known as the Day of Remembrance because it is a time of penitence and prayer.

Tuesday
– An expected 350 members of the National Farmers Union attend the annual Fall Fly-In to meet USDA officials and lawmakers, through Friday, Washington.

– National Pork Producers Council hosts fall Legislative Action Conference, through Thursday. The group expects around 125 participants. Producers will lobby congressional lawmakers on issues of importance to the U.S. pork industry, including asking them to urge the Trump administration to pursue bilateral trade agreements, to rescind regulations detrimental to agriculture, adopt a visa reform package addressing the agricultural labor shortage and to support establishing and funding a Foot-and-Mouth Disease vaccine bank.

– Founders of the 30X30 Forests, Food and Land Challenge host a day-long forum in San Francisco that brings “together farmers and ranchers, foresters, chefs, indigenous peoples, business leaders, elected officials and more who are committed to better land use in the fight against climate change.”