Though outnumbered, the ‘farm vote’ has a lot of friends

Even in the most agricultural districts of America, farmers are hardly thick on the ground, the result of decades of mechanization and consolidation, which has driven down farm numbers, as well as the United States becoming ever more urban. Nonetheless, the “farm vote,” while small in numbers, is a mighty force in U.S. politics.

A penny a pound is too little, dairy industry tells Perdue 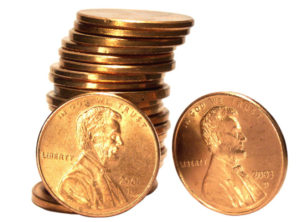 Dairy farmers have lost at least $1 billion due to the trade war, so the USDA should revise its bailout plan, said the National Milk Producers Federation on Wednesday. The bailout, announced in August, allotted just $127 million — the equivalent of 1 cent per pound of milk — to dairy farmers.

Missouri stops CAFO expansion (KCUR): After months of protests by community members, a state commission temporarily halted the expansion of a cattle feedlot in a community outside of Kansas City.

The dairy crisis’s deadly toll (New York Times): A farmer in upstate New York was arrested after police found 27 dead cows inside his barn; the farmer had recently been dropped by his milk processor.

Farmers get a small break on carbon tax (iPolitics): Canada imposed a carbon tax on four provinces — Ontario, Manitoba, Saskatchewan, and New Brunswick — that do not comply with its national climate plan but exempted some fuels used on farms, including “purple” gasoline and diesel fuel.

Are superfoods a super-hype? (The Atlantic): “Health claims sell,” writes food author Marion Nestle in an excerpt from her new book, Unsavory Truths, in which she describes so-called “superfoods” as “an advertising concept.”

China bans scraps for hogs (Reuters): The country’s Agriculture Ministry banned the feeding of kitchen waste, or swill, to hogs, saying it was a factor in outbreaks in 12 provinces of African swine fever, a fatal disease for hogs.

Building the ‘Frankenbee’ (Guardian): Researchers in Germany are working on a gene-edited honeybee in hopes of developing a hardier pollinator, although some beekeepers worry that a “Frankenbee” would imperil struggling bee species.

USDA bankrolls jails (ThinkProgress): In the past two years, the USDA has approved roughly $106 million in rural economic development funds for building jails, according to the Vera Institute of Justice.

Farm Bureau fails on climate change (InsideClimate News): The American Farm Bureau Federation, the largest U.S. farm group, “has left its own members ill-prepared to cope” with climate change and the “intensifying droughts, rain, heat, and storms that threaten their livelihoods.”