A small group of negotiators will write the final version of the $87-billion-a-year farm bill in the weeks ahead, and they are under pressure from high-ranking conservatives in Congress to require millions of people to work at least 20 hours a week to qualify for food stamps. House Majority Whip Steve Scalise said over the weekend that work requirements are “really important” in a booming economy.

Claim: Monsanto and EPA slowed a safety review of glyphosate

Officials within EPA worked to slow a safety review of glyphosate, the most widely used weedkiller in the world, in an apparent response to emails from Monsanto, which makes the chemical, said HuffPost. 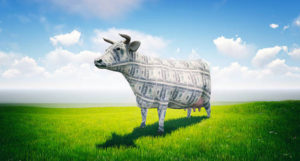 Kansas City should be the new home of two agencies that USDA plans to move out of Washington, say three Missouri lawmakers, joining the expected bidding war for the 620 high-paying jobs that constitute the Economic Research Service and the National Institute of Food and Agriculture.

Researchers map ‘ridiculously complex’ wheat genome (Ars Technica): Known as the staff of life, and the source of one-fifth of calories consumed by humans, wheat is notoriously difficult to understand. After 13 years of work, scientists have mapped the genome of a bread wheat cultivar.

Utility liability in wildfires (Los Angeles Times): California legislators abandoned efforts to craft a new liability standard for electric utilities whose equipment is involved in a wildfire. Led by Pacific Gas and Electric, utilities said it was unfair that they can be held liable for damage even if they follow existing safety rules.

Quinoa prices slump (BBC News): The quinoa boom drove up prices of the “super food” grain native to the Andes and boosted the incomes of farmers in Peru, which grows half the world supply. But prices have fallen 75 percent since 2014 as growers in other countries cash in.

Mary actually had a little lamb (Modern Farmer): There really was a Massachusetts farm girl, Mary Sawyer, who had a pet lamb that with some help, followed her to school. And in two shakes of a lamb’s tail, a literary dispute was born.

Monday
– The U.S. trade representative’s office opens six days of hearings on Trump administration proposal for tariffs of 25 percent on $200 billion of Chinese products, 9:30 a.m. ET, 500 E Street SW. China says it will respond with levies of 5-25 percent on $60 billion worth of U.S. goods. The USTR’s office says hearings will be held today through Friday and on Aug 27.
– USDA issues weekly Crop Progress report, 4 p.m. ET.

Sunday
– Anniversary of adoption in 1920 of the 19th Amendment, assuring women’s suffrage. The day also is celebrated as Women’s Equality Day. The campaign for the vote began at the Seneca Falls convention — the world’s first women’s rights convention — in upstate New York in 1848.