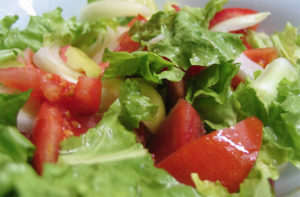 The Trump administration will shift able-bodied Americans into better-paying jobs through stricter enforcement of a 90-day limit on food stamps, Agriculture Secretary Sonny Perdue told skeptical House lawmakers on Wednesday. Democrats threatened litigation to stop the proposal, which could end SNAP benefits to more than 700,000 people.

Next week, is SXSW in Austin… The Future of Big Food: What’s at Stake? — will take on big questions about where Big Food companies are headed. As eaters increasingly want transparency about ingredients, healthier options, and more sustainable packaging, where does that leave manufacturers? And will new labeling regulations shift the grocery environment?

The 2018 farm bill legalized industrial hemp production, but it is likely to be 2020 before the USDA produces the regulatory framework for the new crop, said Agriculture Secretary Sonny Perdue on Wednesday.

House Agriculture chairman Collin Peterson floated a bill on Wednesday to keep local USDA offices open during any future government shutdowns. “There’s no sense not to have them working,” he said.

EPA expects summertime E15 (Ag Insider): Punctuating a day of rumors about whether E15 will be available this summer, the EPA said it plans to release a proposed regulation in March and is “working expeditiously to propose and finalize the rule consistent with the president’s direction before the start of the summer driving season.”

Farmer sues over Lake Erie Bill of Rights (Cleveland Plain Dealer): Virtually as soon as Toledoans voted to protect Lake Erie from pollution by giving the lake its own bill of rights, farmer Mark Drewes filed suit to overturn the bill on grounds it violates the U.S. Constitution and is too vague to be enforced.

Organic road map in California (CCOF): A report released by the group California Certified Organic Farmers calls on state and local policymakers to help increase organic agriculture production to 10 percent of the state’s farmland, up from the current 4 percent.

Pig faces for profit (New York Times): Technology companies that aspire to bring 21st century technology to hog farms are moving beyond robotic feed dispensers to suggesting software that can identify pigs by their faces and voice recognition technology that can monitor coughs for signs of illness.