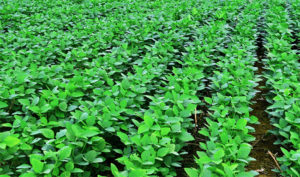 In a letter read aloud at the White House, Chinese President Xi Jinping said Beijing will buy more U.S. farm exports, a decision that President Trump hailed on Thursday as a sign of good faith in ongoing negotiations to end the trade war between the nations.

More and more, industry calls the shots on ag research

Legislators and governors have scaled back funding for state universities in recent years, and one result is that industry funding has become more important, says the New Food Economy. “And with industry money comes industry priorities.”

Drought threatens Navajo flocks (Los Angeles Times): A brutal drought in the U.S. Southwest is hitting the Navajo Nation especially hard and threatening a pastoral way of life; over the centuries, sheep have provided meat, milk, and wool to Navajos, who are taught that “sheep is life.”

Relief checks are in the mail (NCDACS): State Agriculture Commissioner Steve Troxler says two batches of hurricane relief checks, drawn from a $240-million agricultural disaster fund, are being mailed this week to North Carolina growers, who lost an estimated $1.2 billion in crops and livestock last fall to Hurricane Florence and Tropical Storm Michael.

Bigger seeds, more food? (Farms.com): Scientists at the University of Texas have found a way, using a technique called RNA silencing, to get some plants to produce seeds that are up to 30 percent larger than usual, a discovery that could have implications for crops including canola and soybeans.

Slow pay raise for Garden State farmworkers (Press of Atlantic City):  Although legislators voted to make New Jersey the fourth state with a minimum wage of $15 an hour, to be phased in over the next five years, pay for farmworkers will peak at just $12.50 in 2024, at which time a review will decide whether to proceed further.