On Thursday, hours before President Trump was expected to sign the farm bill, the administration has proposed restricting the power of states to waive the usual 90-day limit on food stamps for able-bodied adults who do not work at least 20 hours a week.

China buys 96.6 million bushels of U.S. soybeans in a week 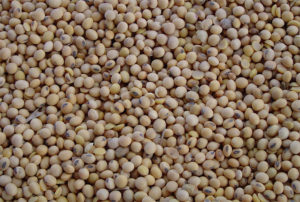 In a break from the trade war, China made its third purchase of U.S. soybeans in a week, said the USDA on Wednesday. The purchases followed a meeting between President Trump and Chinese President Xi Jinping in Buenos Aires that Trump said would result in significant exports to China.

Coffee producers suffering (Wall Street Journal): Currency fluctuations have depressed the price of coffee, with producers receiving as little as $1 per pound, some of the lowest prices since the 2008 recession.

Hog feedlot nixed (Star Tribune): A top Minnesota environmental regulator denied a permit for a hog feedlot in the state after receiving thousands of letters against the proposal and holding two hearings packed with opponents of the plan.

Maria’s toll on Puerto Rican forests (Earther): Hurricane Maria killed or severely damaged 15 to 25 percent of all the large trees on Puerto Rico, according to an ecologist, and a NASA scientist said aerial surveys indicate that the island’s forests became one-third shorter during the hurricane.

Oil giant gets ethanol ‘hardship’ waiver (Reuters): Exxon Mobil, which had earnings of $20 billion last year, won an EPA waiver that exempts its small refinery in Billings, Montana, from having to comply with the federal mandate to blend ethanol into gasoline, according to three unnamed sources.

Rural housing crisis looms (Daily Yonder): The nation is not keeping up with repairs or replacement of more than 400,000 affordable rental units in rural areas, setting the stage for a housing shortage that could drive people out of rural America, says the nonprofit Housing Assistance Council.