Trump tariff payments and E15 take a hit from shutdown

The partial government shutdown is putting a kink in the Trump tariff payments to farmers and it could prevent the EPA from approving the sale of E15 by the summer, as promised by President Trump. 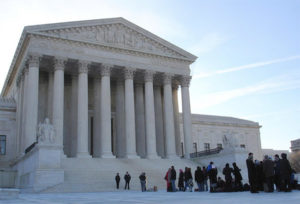 The Supreme Court said that it will not hear Missouri’s challenge to California’s expanded animal welfare laws, ending an attempt to overturn the Golden State’s rigorous humane animal standards.

A costly half-year for soybean growers in Sino-U.S. trade war

After six months of tit-for-tat tariffs between China and the United States, American soybean growers called for a speedy end to the trade war on Monday.

Ted Genoways’ book waylaid by governor (Omaha World-Herald): Nebraska Gov. Pete Ricketts refused to sign a proclamation that chose “This Blessed Earth,” a book by Ted Genoways, as 2019’s “One Book, One Nebraska” selection. “I think it’s really disappointing and shocking that the governor would say he doesn’t want the people of Nebraska to hear from a farm family that’s been confronting major issues,” Genoways said.

Fixing dairy in Vermont (Lancaster Farming): Vermont’s agriculture officials are planning a summit in the spring to brainstorm solutions to help the state’s ailing dairy farmers, as a range of economic issues threaten their livelihoods.

A race to market cell-based meat (San Francisco Chronicle): At least four Bay-area companies are convinced that cell-based meat is the wave of the future and each wants to be the first to put the product on the market, possibly this year despite the lack of regulatory approval, commercial-scale production or an assured customer base.

Climate change among priorities for new House chairman (Roll Call): The incoming chairman of the House Natural Resources Commttee, Raul Grijalva of Arizona, will hold his first major committee hearing to look at the effects of climate change on public land and expects hearings on the environmental effects of President Trump’s proposed wall.

Roadkill, it’s what’s for dinner (Washington Post): Oregon is the latest of about 20 states to allow residents “to scoop dead animals off the road and serve them for dinner.”