In northwestern Iowa, King’s cruise to re-election hits a pothole

Anti-immigrant Rep. Steve King has suddenly found himself fighting his toughest re-election contest in years in the reliably conservative northwestern quadrant of Iowa, with an online poll showing his Democratic challenger trailing him by just a single point. 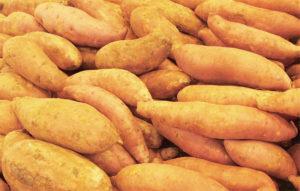 Bigger may not ‘bee’ better (New Food Economy): As plant breeders modify crops to grow bigger or faster, the plants may become less attractive to the bees that are essential to pollinating them, say researchers.

South Dakota dicamba complaints drop (Tri-State Neighbor): State officials credit a reduction in complaints of dicamba damage to crops — 110 complaints this year vs. 170 in 2017 — to self-imposed deadlines to stop using the weedkiller and to the use of the proper nozzle heads on sprayer rigs.