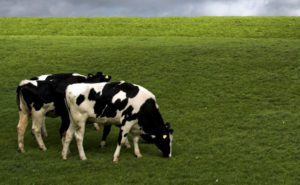 Crop and livestock producers are likely to learn on Monday how the Trump administration will allocate up to $12 billion in aid to offset the impact of retaliatory Chinese tariffs on the U.S. farm sector, said Agriculture Secretary Sonny Perdue.

If farm bill negotiators allow “anti-environment policy riders” into the bill’s final version, they can expect protracted debate and possible defeat of the panoramic legislation, said 38 Democratic senators on Thursday.

What’s red and white and not delicious all over?

This year, after more than half a century as America’s favorite, the Red Delicious apple will be surpassed by the Gala as the No. 1 apple grown in the United States, said the trade group US Apple on Thursday.

Outlook worsens for House Ag panelist (Sabato’s Crystal Ball): With Illinois tilting Democratic for governor, the outlook for House Agriculture Committee member Rodney Davis, a third-term Republican facing a challenging race, has been revised to “leans Republican” from the previous “likely Republican.” An accompanying article says the electoral advantage of House incumbents “seems to be marginal at best.”

Keeping heritage poultry on the land (Civil Eats): Kansas poultry farmer Frank Reese, a key figure in heritage-breed birds, is a key figure as well in a campaign to set up an institute to promote “naturally mating, naturally growing standard-bred birds.”

Really well-aged cheese (farms.com): In an ancient tomb in Egypt, researchers found a “solidified white mass” of goat and sheep cheese that is 3,200 years old, possibly the oldest cheese ever discovered.

Bayer chief says jury was wrong about glyphosate (Bloomberg): Although more than 8,000 lawsuits have been filed over glyphosate, Bayer chief executive Werner Bauman says the company is “fully committed” to its purchase of Monsanto. Federal jurors were “wrong,” he said, to hold Monsanto liable for a school groundskeeper’s terminal cancer.

California first to pass healthy kids’ meal bill (Beverage Daily): Legislators sent a bill to Gov. Jerry Brown that would require restaurants that sell kids’ meals to provide water or milk as the standard accompanying beverage to the meal, though parents could order soda or other drinks for them.

Kroger to ban plastic bags (Cincinnati Enquirer): The largest U.S. supermarket chain announced it will shift from single-use plastic bags to reusable bags at the checkout line by 2025 (paper bags will still be available). Cincinnati-based Kroger says it will be the first major U.S. retailer to phase out plastic bags.