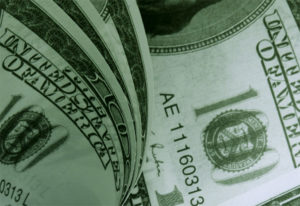 Agriculture Secretary Sonny Perdue announced on Monday the second and final round of $4.8 billion of Trump tariff payments, meaning crop and livestock producers will collect up to $9.6 billion in cash to cushion the impact of the Sino-U.S. trade war.

The farm bill “is in very, very good shape,” according to President Trump, who hinted that he will sign the bill into law this week.

Cheese still piling up (MarketWatch): The U.S. cheese stockpile continues to grow, topping 1.4 billion pounds, as consumers move away from American and cheddar cheese and toward foreign varieties.

Nine win ag innovator award (FFAR): Nine winners of the New Innovator in Food and Agriculture Award for 2018 will share $4.6 million over three years, allowing them “to spend less time applying for grants and more time on creative research that has an impact on agriculture,” said executive director Sally Rockey of the Foundation for Food and Agriculture Research.

The new starving artists (Guardian): Millennials who take up farming are fueled by idealism but the reality of life on the land — long hours, high capital costs, and lower income than an office job — is not as simple as hoped.

Opioid crisis grows in rural America (DTN/Progressive Farmer): Over three years, opioid deaths soared by 46 percent in 15 largely rural states, according to this story — the first in a series on opioid addiction in rural America.

Food samples rarely exceed pesticide limits (USDA): More than 99 percent of the samples of fresh and processed foods, honey, milk and bottled water tested by USDA during 2017 had pesticide residue levels below the allowable levels set by EPA.