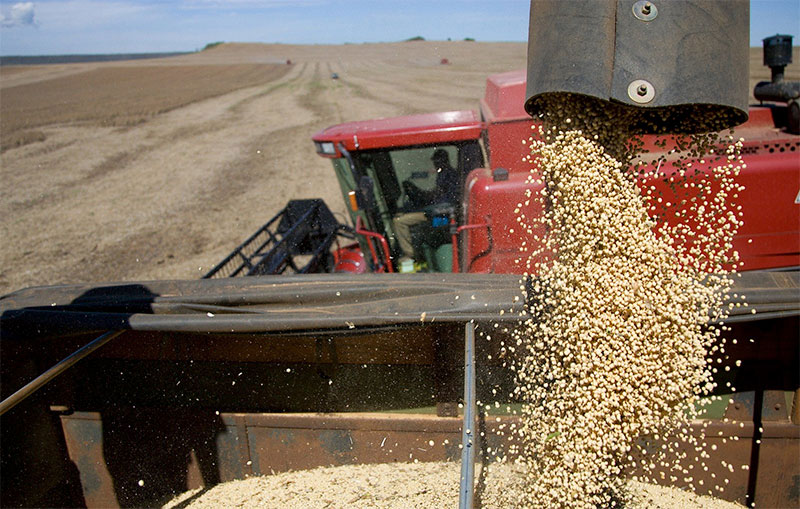 One-in-seven farmers who voted for President Trump in 2016 would not vote for him today, according to a poll released on Monday. The escalating trade war was the leading cause of erosion for Trump among a staunchly Republican group. But a majority still back him: 60 percent would vote for him now vs. 75 percent in 2016.

Sharp declines in the dairy and sugar prices, dropping by 6 percent or more in a month, pulled down the monthly Food Price Index to its lowest level this year, said the UN Food and Agriculture Organization

Farm earnings improve when land and assets taken into account

A new report from the USDA’s Economic Research Service uses asset appreciation, unpaid labor, and tax benefits from farming–not just farm income–to assess the economic state of farms in 2015, and it finds that some have a healthier economic outlook than it would seem.

Hogs and chickens can be raised successfully on low-protein rations if amino acids are added to their feed at the right time, according to the Chinese Academy of Sciences. As a result, China, the world’s largest importer of soybeans, could reduce its use of the oilseed by 5-7 percent, said the Xinhua news agency.

TODAY’S QUICK HITS
A deadly fight to protect natural resources (HuffPo): In some countries, environmental activists protesting the spread of large-scale farming and deforestation are targeted for harassment, abuse, and violence.

Pepsi CEO to step down (AP): Indra Nooyi, who has been CEO of PepsiCo for 12 years, will step down from the post this fall.

Ethanol exports head for record (RFA): U.S. data show ethanol exports of 927.7 million gallons for the first half of this year, up by one-third from the same point in 2017 and on track to break the record for exports, 1.38 billion gallons, set last year.

The last dairy cow in Hawaii (The New Food Economy): In a quarter-century, Hawaii went from 17 dairy farms to one, Naked Cow Dairy, on the leeward coast of Oahu. It survives by turning its milk into butter and cheese with Hawaiian twists.

Fraley, GMO godfather and evangelist (Bloomberg): Robb Fraley has retired as chief technology officer of Monsanto, but remains an evangelist for genetically modified crops, a technology he helped invent and which netted him the World Food Prize.

News groups skeptical of USDA crop-report plan (The Hagstrom Report): The USDA decision to release its monthly crop reports in a free-for-all scramble “is ill-advised, contrary to the law” and likely to create chaos rather than provide a level playing field for traders, farmers and the public, say three news organization and two journalists’ groups. The August crop report will be released on Friday.