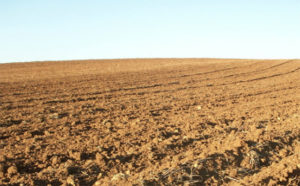 While some analysts expressed skepticism about passage of the farm bill, President Trump and Senate Majority Leader Mitch McConnell discussed the bill among must-do legislation on Thursday for action in the brief congressional post-election session.

A cheaper Thanksgiving (AFBF): The lowest retail price in four years for whole turkeys is a leading cause of a marginal decline in the cost of groceries to fix a Thanksgiving meal for 10.

Trump tariff payments near $838 million (Reuters): Growers in Illinois, Iowa, Kansas, Indiana, and Minnesota are the leading recipients of the nearly $838 million paid to farmers this fall to offset the impact of the trade war.

Farming algae, cleaning water (Future of Ag): Nitrogen and phosphorus can be removed from wastewater by algae grown under controlled conditions at treatment plants. The algae can then be sold to make feed, fuel, or bioplastics.

Killer tulips (The Atlantic): When farmers and gardeners combat fungus in their plants, they use some of the same antifungal compounds hospitals use to treat sick people, a practice that is helping the fungi develop potentially lethal resistance to the compounds.

Bt hybrids lose their shield (DTN/Progressive Farmer): As corn rootworms develop a tolerance for the natural toxins in Bt corn varieties, crop experts are trying to convince growers to use crop rotation or other alternative but more costly methods that will preserve the anti-insect Bt punch.

Cotton subsidies soar (ICAC): Cotton-growing nations spent $5.9 billion on a range of cotton-sector subsidies in 2017/18, a 33-percent increase from the previous year, despite the fact that market prices for cotton were high.