Nearly half of the $4.7 billion in Trump tariff payments will go to five midwestern states that are the largest soybean and hog producers in the country, said a farm group analysis on Tuesday. At the same time, an environmental group challenged the USDA to explain its opaque development of the bailout package. 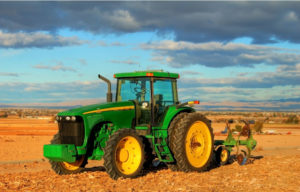 In a letter to the “big four” farm bill negotiators, 107 House Democrats called for stronger conservation programs in the final version of the bill and said they opposed provisions that would weaken pesticide regulation, interfere with state regulation of agricultural trade, or fundamentally alter the food stamp program.

Farmers to cool on soybeans, switch back to corn as No. 1 crop

Stung by a trade war with China, ordinarily the purchaser of one-third of the U.S. soybean crop, farmers will switch decisively to corn in 2019, reinstating it as the most widely grown crop in the country, according to a Farm Futures survey of growers.

On Tuesday, the leaders of the Senate Agriculture Committee announced that three of President Trump’s nominees have received Senate approval to begin work at the USDA and the CFTC.

An effort is underway in upstate New York to bring back a native run of landlocked salmon, according to latest story with Adirondack Life magazine. The story, by Paul Greenberg, focuses on the work of a U.S. Fish and Wildlife specialist to stock the Boquet River in New York with salmon that will then spawn and migrate into Lake Champlain, which straddles the border of New York and Vermont.

Rodriguez to retire after 25 years at UFW (UFW): The United Farm Workers said that longtime president Arturo Rodriguez will retire on Dec. 20. He will be replaced by the group’s chief administrator, Teresa Romero, who will become the first Latina and first immigrant woman to lead a national union.

Increasingly, the landlord is a woman (Civil Eats): Women now own half of U.S. farmland that is rented to tenants, and with their longer lifespan, their share of ownership will rise as other family members die.

Vast parts of Brazil converted to farms (Reuters): Encouraged by low prices and permissive policies, farmers have cleared an area larger than South Korea in the Brazilian cerrado in a decade. Environmentalists are beginning to tally the impact on wildlife, waterways, and the climate.

Moving USDA agency is illogical (The Hill): Susan Offutt, a former administrator of the Economic Research Service, says the agency “should stay in the Washington area with its primary customers,” who include lawmakers and the executive branch, rather than being moved hundreds of miles away, as Agriculture Secretary Sonny Perdue has recommended.