After the shutdown, a deluge of major USDA reports on crops, ag outlook 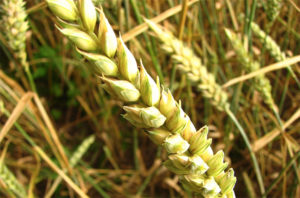 With the shutdown behind it, the USDA will begin today to clear out a month’s worth of backlogged data, including major reports that could jolt commodity markets and color farmers’ decisions on crops to plant this spring.

Study: How manure is applied to fields can affect greenhouse gases

A study by researchers at the University of Vermont found that injecting manure into the soil, an approach that reduces surface runoff and foul odors, resulted in the largest wintertime release of greenhouse gases, such as carbon dioxide and nitrous oxide.

‘Don’t call it meat’ back in Nebraska (Food Safety News): Nebraska state Sen. Carol Blood reintroduced legislation to ban the use of the word meat on labels of plant-based, cell-cultured or insect-based products, this time as an amendment to the state’s deceptive trade practices.

‘Goat Fund Me’ for California wildfires (Modern Farmer): Residents of Nevada City, roughly 60 miles northeast of Sacramento, launched a fundraising drive on the internet to raise $30,000 so they can hire goats to reduce wildfire hazards by grazing on unwanted brush.

Save the wilderness (Forests News): Five countries, including the U.S., contain 70 percent of the world’s natural ecosystems, say researchers from the Center for International Forestry Research, in calling for action to save the remaining wilderness and safeguard biodiversity.

African swine fever waning in China? (Agri Census): Transport restrictions have been lifted in 88 of the 105 areas where African swine fever was detected since last August, according to data from Agriculture Ministry data, which suggests the spread of the livestock disease has slowed.

Monday
– USDA and FDA resume full operation with the end of partial government shutdown. On social media, Agriculture Secretary Sonny Perdue said workers will receive back pay “in as short a timeframe as possible.” FDA commissioner Scott Gottlieb said the money would be paid by Thursday.

– USDA is scheduled to release monthly State Stories, noon ET; may be delayed as a result of the shutdown. “This full-text file contains reports, issued monthly during the winter months, listing an assessment of winter weather on crops, livestock, fruit trees; consideration for moisture, snow cover, temperatures, and crop condition; and the effect of weather, insects, diseases, etc., on crops and livestock,” says USDA.

Thursday
– USDA is scheduled to release monthly Agricultural Prices, semi-annual Cattle inventory, and annual Sheep and Goats reports; may be delayed as a result of the partial federal government shutdown.

Saturday
– Groundhog Day. By folklore, if the groundhog sees its shadow today, it means six more weeks of winter, if it doesn’t see its shadow, it’s only six weeks until spring. The U.S. epicenter of Groundhog Day is Gobbler’s Knob in Punxsutawney, Pennsylvania, with a celebration dating from 1887. The official site of the Punxsutawney Groundhog Club. Somewhere, a cable TV channel is running the comedy movie “Groundhog Day” today; most appropriately as an all-day marathon.