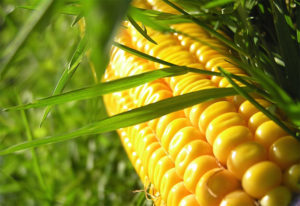 Barring a breakthrough in negotiations between the White House and Congress, the partial government shutdown will force the USDA to delay next week’s scheduled release of potentially market-moving reports that take a final look at the 2018 crops and provide the first hints of this year’s production.

On USDA’s checklist for moving agencies out of D.C.: Travel time

The Agriculture Department is sharpening its criteria for choosing new homes for two science agencies that Agriculture Secretary Sonny Perdue has decided to relocate outside of Washington by the end of this year.

When Democrats take control of the House today, one of their first steps will be the adoption of operating rules for the coming two years, including a provision that could lead to a court challenge to stricter time limits for SNAP benefits.

Shutdown’s impact on Native communities (New York Times): Many essential services are stalled in Native American communities during the government shutdown, including a USDA food distribution program that fed 90,000 Native people in 2017.

Beyond Meat going mainstream (Reuters): Carl’s Jr., a burger chain, announced it would add vegan imitation-meat burgers from the company Beyond Meat to its menu at 1,000 locations.

Committee of candidates (Ag Insider): Four of the nine Democrats on the Senate Agriculture Committee — Michael Bennet of Colorado, Sherrod Brown of Ohio, Kirsten Gillibrand of New York, and Amy Klobuchar of Minnesota — are considering a run for the White House, with Gillibrand likely to announce her candidacy in the near term.

Tiptoe through the farm bill (Successful Farming): The publication has provided a 10-point tour of how the farm program is affected by the 2018 farm policy law.

Farm Bureau dances with Big Oil (Inside Climate News): For decades, says a report, the largest U.S. farm group “has aligned agriculture closely with the fossil fuel agenda,” fighting actions, such as cap-and-trade initiatives, that would mitigate climate change.

Not in the grocery store yet (Los Angeles Times): Although the plant-based Impossible Burger is served at nearly 5,000 restaurants, it can’t be sold in grocery stores until the FDA decides whether to approve a color additive — a genetically modified yeast known as heme — that provides a meat-like flavor and the red juice that “bleeds” from the patty.

– Senate and House convene to open the 116th session of Congress.

– Partial government shutdown may delay the scheduled release today by the USDA of its monthly Crop Production and WASDE reports, along with the quarterly Grain Stocks report, the annual Winter Wheat and Canola Seedings report, and the Crop Production Annual report, one of the USDA’s final looks at 2017 crops, noon ET.