World hunger climbs for third year, as many hungry now as in 2010 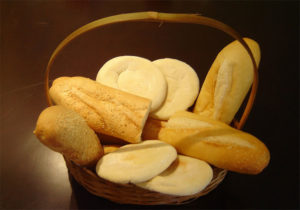 Some 821 million people — 1 in 9 of the world’s population — suffer from hunger, said a UN report on Tuesday, the third year in a row that hunger increased globally. The upturn jeopardizes the UN goal of eradicating hunger by 2030.

Amid rumors that Canada will offer concessions on dairy trade, former prime minister Brian Mulroney said he would be surprised if the new NAFTA did not include “flexibility” on the country’s supply management system.

The North Carolina hog industry says it survived Hurricane Matthew with minimal losses in October 2016, and that it is prepared for Florence. Hurricane Florence is expected to dump 15 to 25 inches of rain on the Carolinas when it reaches land on Thursday.

A bipartisan coalition of 43 members of the House urged farm-bill conferees to include the Local Agriculture Market Program (LAMP) in the final version of the bill. The Senate version includes $60 million in mandatory annual funding for LAMP.

Suit against USDA proceeds (Food & Water Watch): A U.S. District Court denied the Farm Service Agency’s motion to dismiss a lawsuit brought against it by F&WW. The lawsuit challenges the agency’s environmental review for lending to an industrial chicken farm.

Time to act on ethanol, say farmers (Time): President Trump campaigned as a friend of corn ethanol but isn’t doing enough to promote the renewable fuel to offset the impact of the trade war, say farmers in key states for the November 6 election.

Americans eat at home (Bloomberg): Americans are eating more of their meals at home and going to restaurants less frequently; the average consumer ate restaurant food 185 times during the year ending in February, down 14 percent since 2000.

Let’s get together (Food Navigator): The startup companies promoting cell-based meat decided during a conference that it’s time to form a trade group; details are still being worked out.

Domesticating the wild scallop (Civil Eats): In Maine, pioneer aquaculturists are working to add the scallop to the list of shellfish that are farmed.

Silage can count as corn (KSU): Farmers can qualify for Trump tariff payments even if they chopped their drought-hit corn crop for silage after telling USDA earlier this year they intended to harvest the crop for grain, said a KSU economist.