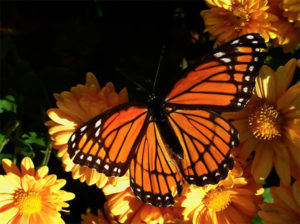 The population of monarch butterflies continues to decline and are down about 15 percent from a year ago, according to numbers from a Texas A&M University monarch butterfly researcher.

With that drop, there’s an overall 90 percent decline in the population from just two decades ago, the National Wildlife Federation said.

The House Culture, Recreation and Tourism Committee will meet at the Texas State Capitol next Wednesday, July 18, to discuss the effects of declining migratory species such as the monarch butterfly and native bee populations on the state’s economy and agricultural production.

As part of the Texas Monarch and Native Pollinator Conservation Plan released in 2016, the state is focusing on habitat conservation, education and outreach, research and monitoring and partnerships.

“When the monarchs are migrating from the U.S. in the fall, they need nectar plants,” director of communications Lee Clippard said. “They need a ton of energy to make their journey all the way down to Mexico.”

Clippard said monarch numbers decline a lot in the fall and one of the reasons might be that they don’t get enough nectar to make their journey.

“Now with development, roads and cities, we’ve kind of fragmented that habitat,” he said. “But it doesn’t have to be that way. We have plenty of yards, plenty of parks, plenty of ranches and open spaces that we can connect together to make a continuous habitat for monarchs.”

“Without them, people would start eating people again because there wouldn’t be enough protein animals left on this planet.”

Schumacher says he also hopes lawmakers will consider forming what he calls a “comprehensive bee program” which would require cities to help relocate honey bees, as well as teach beekeepers about how to stay safe during the process.

The Lady Bird Johnson Wildflower Center also hosts two plant sales each year that include plants to help monarch butterflies. The next one is on Oct. 12 and 13.