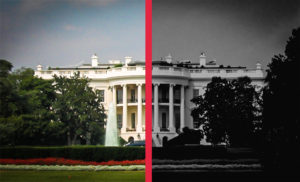 The Trump administration will hear hours of testimony about its proposed 25 percent tariffs on $200 billion in Chinese products on Monday, overlapping with the expected USDA announcement of up to $12 billion in aid for U.S. agriculture to offset the impact of Chinese tariffs on farm exports.

Thanks to declines in food prices in 2016 and 2017, grocery store prices will stand at a lower overall level at the end of this year than they were at the end of 2015, said the monthly Food Price Outlook.

The global flood of grain begins to drain away

Drought in Australia, Europe and Russia, three of the great wheat growers of the world, will result in the first decline in global wheat production in six years, said the International Grains Council.

Feds want more say in California water (Sacramento Bee): The Interior Department wants to renegotiate the 1986 agreement that governs federal and state agencies in California and how they divide the water supply.

‘When you see me, cry’ (AP): Boulders known as “hunger stones,” which have age-old inscriptions that warn of hard times ahead, are reappearing in the Elbe River as drought in Europe reduces water flow.

We’ll always hive Paris (New York Times): Urban beekeeping is on the rise in Paris, which has an estimated 1,000 hives across the city, producing a tiny part of France’s honey output.

An August record for cattle on feed (USDA): There were 11.1 million head of cattle being fattened for slaughter in U.S. feedlots at the start of this month, up 5 percent from a year ago and the highest Aug. 1 total on record.

Monday
– USDA is expected to release details, such as payment rates, of up to $12 billion in Trump tariff payments to farmers and livestock producers. Soybean growers are expected to get the largest share of the money.

– Final day of hearings on Trump administration proposal for tariffs of 25 percent on $200 billion of Chinese products, 9:30 a.m. ET. China says it will respond with levies of 5-25 percent on $60 billion of U.S. goods. The nations already have imposed 25 percent tariffs on $50 billion of each other’s products

– USDA makes first estimate of fiscal 2019 farm exports and updates its forecast of 2018 sales. Its previous estimate, in May, was for exports of $142.5 billion, second-highest ever, 3 p.m. ET.

Thursday
– USDA updates its forecast of U.S. farm income for this year. Its February forecast was net farm income of $59.5 billion, the lowest since 2006 when the commodity boom started, 11 a.m. ET. The USDA will hold a webinar about its forecast at 1 p.m. ET.

Labor Day
Labor Day, observed on the first Monday of September, was designated a federal holiday by President Grover Cleveland in 1894 to honor the contribution of American workers. The labor movement inspired local and statewide observances in the late 19th century. Creation of the “workingman’s holiday” can be be viewed as an attempt by Congress to repair ties with unionized workers following riots in Chicago during the Pullman strike; the government sent troops to Chicago to try to break this strike, says history.com. “Labor Day also symbolizes the end of the summer for many Americans and is celebrated with parties, parades and athletic events.”