A raft of newcomers will take office in the House in January, regardless of the outcome of the Nov. 6 elections, because nearly 1 in 6 current representatives is retiring or running for another office. The shift could have a significant effect on farm and food policy.

From inside the Beltway to the Central Valley, locales woo USDA agencies

Agriculture Secretary Sonny Perdue said on Tuesday that “interest from across the country has been overwhelming” at the chance to house two USDA research agencies that he has decided to move out of Washington.

Will a Blue Wave hit farm country? These races will tell the tale. 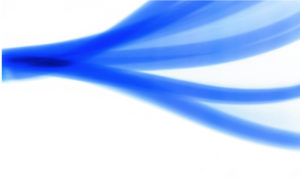 From the dairy farms of Pennsylvania and New York to the commodity growers in the Midwest and the produce fields of California’s Central Valley, the farm-country vote is very much in play as the midterms approach.

Poultry processor fails to report violations (Delaware Online): An Allen Harim poultry plant in Delaware has had more than a dozen worker safety violations in recent years. In early October, a worker died at the plant.

On guard against African swine fever (Reuters): U.S. farmers are taking steps to avoid African swine fever by, among other things, shunning feed ingredients imported from China. Meanwhile, the USDA is asking farmers and veterinarians to report sick hogs so they can be tested for the disease.

Santa Rosa bans Roundup in public parks (Press Democrat): The Santa Rosa City Council included a prohibition on the use of glyphosate in a contract for management of city parks, buildings, and medians.