House Agriculture Committee Chairman Michael Conaway has backed off dramatic changes to SNAP in the stalled $87 billion farm bill, sealing a deal with ranking Democrat Collin Peterson and sending a version of the bill to the Senate, according to press reports. 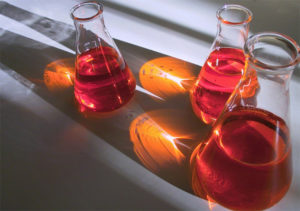 The USDA and FDA will both oversee the production of cell-cultured food products derived from livestock and poultry, FDA commissioner Scott Gottlieb and USDA Secretary Sonny Perdue announced Friday, ending a dispute about oversight of the nascent industry.

Iowa Sen. Chuck Grassley used the power of seniority to claim chairmanship of the tax-writing Finance Committee on Friday, saying he would pursue a pro-growth agenda of “additional tax relief and tax fairness” and making health care more affordable.

Monsanto back in cancer-trial spotlight (Reuters): A California judge last week granted an expedited trial in the case of a California couple suffering from cancer who sued Bayer AG’s Monsanto, alleging the company’s weed killer Roundup caused their disease.

Smithfield pulls out of tariff bailout (Washington Post): Smithfield Foods, a leading pig producer owned by the Chinese conglomerate WH Group, has given up the chance to receive $240,000 under the bailout program set up to help American farmers in Trump’s trade war with China.

Beefing up reporting between the coasts (NY Times): A journalist developed a database, Shoeleather, “aimed at connecting journalists outside the nation’s media hubs — New York City, Washington, Los Angeles and San Francisco — with editors across the country for the purpose of reporting on their home regions.”

Thurdsay
– Thanksgiving Day, a holiday that began during colonial times as a harvest feast and became an annual national holiday by proclamation of President Lincoln in 1863 during the Civil War, “to heal the wounds of the nation” and commend care of “widows, orphans, mourners or sufferers in the lamentable civil strife.” Lincoln chose the final Thursday of November. President Franklin Roosevelt advanced it by a week in 1939 to spur the economy during the Depression. In a 1941 statue, Congress set Thanksgiving as the fourth Thursday of November. The American celebration of Thanksgiving as a response to the fall harvest “falls under a category of festivals that spans cultures, continents and millennia,” says History.com. “Historians have noted that Native Americans had a rich tradition of commemorating the fall harvest with feasting and merrymaking long before Europeans set foot on their shores.”