As China tightens its belt, U.S. soybeans feel the pinch 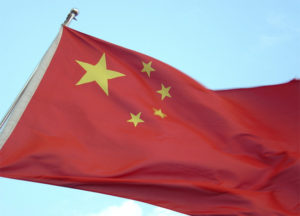 The giant of world soybean trade, China, will slash its soy imports by 10 percent this trade year under the dual effects of a trade war with the United States and an outbreak of African swine fever, said the U.S. agriculture attache in Beijing.

Rebuffed by the Trump administration, the Organic Trade Association turned to the public on Monday for ideas on how to design a voluntary checkoff program to raise research-and-promotion money for the sector and where to put the money.

Bundy as election spoiler (Mother Jones): Ryan Bundy, son of anti-government rancher Cliven Bundy, is running for governor of Nevada as an independent and with 4 percent support in a recent poll, “could be this year’s biggest election spoiler in one of the nation’s closest gubernatorial races.”

Sesame as an allergen (Food Processing): The FDA is considering whether sesame should be listed on food labels as an allergen, a step that would require food processors to establish separate processing areas to prevent contamination of sesame-free products.

Food index declines for fifth month (FAO): Lower dairy, meat and vegetable oil prices combined to pull down the FAO’s Food Price Index for the fifth month; the market basket of food commodities is at its lowest reading since May.

Romaine lettuce testing ahead (Los Angeles Times): For the first time, the FDA will routinely test samples of romaine lettuce from the Southwest for disease-causing bacteria during the winter growing season in hopes of preventing an outbreak of food-borne illness.

Smallest cotton stockpile in China in seven years (ICAC): Thanks to robust demand, the global stockpile of cotton will shrink by nearly 9 percent this trade year and China will have its smallest inventory since 2011/12.

Trump says will look at Zinke allegations (The Hill): Interior Secretary Ryan Zinke has done “a very good job,” President Trump told reporters, but he will take a look at allegations that Zinke violated ethics rules.