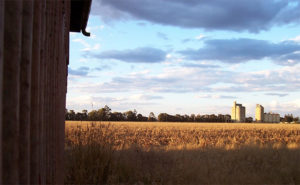 Two days after farm bill negotiators declared unity in working together on the 2018 farm bill, the House author of the most controversial proposal on the table — stricter work requirements for food stamp recipients — attacked Senate negotiators as “weak-willed”.

Already-bulging U.S. corn and soybean stockpiles are much larger than expected, said a USDA report, compounding the effects of a trade war and bumper crops on the farm economy. Farm income this year is forecast to be the lowest since 2006.

Iowa’s hog population grows (AP): The state is now home to 23.6 million pigs, the highest number ever recorded and an increase of 4 percent from last year.

FDA names cereal maker in outbreak (Miami Herald): Salmonella was found multiple times in a Kerry Inc. plant before the salmonella outbreak that sickened 135 people this year, according to an FDA warning letter.

Unhealthy food in kids’ meals (Rudd Center): Roughly three-fourths of kids’ meals sold at the four largest fast-food chains include unhealthy beverages or side dishes despite the companies’ promises to serve healthier options.

Kombucha is a no-go in local park (The Virginian-Pilot): A 60-year-old grandfather was kicked out of a Virginia park for serving home-brewed kombucha to his grandchildren. The fermented drink can contain traces of alcohol.

Revive biodiesel credit, say lawmakers (DTN/Progressive Farmer): Four dozen U.S. representatives have asked House leaders to take action this year on a multiyear revival of the biodiesel tax credit that expired at the end of 2017.

Poultry line-speed waivers (USDA): In a Federal Register notice, the Food Safety and Inspection Service lists the criteria it will use to decide if poultry slaughter plants can operate at line speeds above the current standard of 140 birds per minute.

DEA paves way for CBD pharmaceuticals (Harvest Public Media): The Drug Enforcement Administration has removed CBD — shorthand for the hemp extract cannabidiol — from its most restricted class, and for the first time will allow the sale of cannabis-derived pharmaceuticals.

Tuesday
– Purdue releases its monthly Ag Economy Barometer, a gauge of the health of the agricultural economy.

– World Dairy Expo, “The next frontier,” through Saturday, Madison, Wis.

– The North American Meat Institute holds its annual meeting and board of directors meeting, through Friday, Washington.

Oct. 8
– Columbus Day, a federal holiday since 1937. It commemorates the landing of the explorer Christopher Columbus in the Americas on Oct. 12, 1492, and is often a celebration of American heritage and the contributions of Italian-Americans. “Opposition to Columbus Day dates back to the 19th Century, when anti-immigrant groups in the United States rejected the holiday because of its association with Catholicism,” says history.com. “In recent decades, Native Americans and other groups have protested the celebration of an event that resulted in the colonization of the Americas, the beginnings of the transatlantic slave trade, and the deaths of millions from murder and disease.”