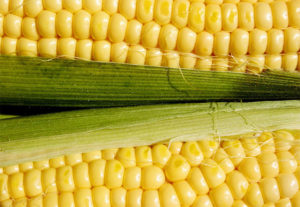 A year after making soybeans the most widely grown crop in the country, U.S. farmers will make corn king again, driven by a trade war with China and a burdensome soy stockpile, said the FAPRI think tank at the University of Missouri.

The second-largest U.S. farm group said the White House ought to adopt the dairy supply management system that it reportedly is trying to eliminate in Canada and reinstate country-of-origin labeling on beef.

When House and Senate negotiators sit down to reconcile differences between legislation, as the 56 farm bill conferees are scheduled to do on Wednesday, there are few formal rules to govern their work.

Smithfield tries mediation in hog waste cases (WRAL): The next several cases challenging industrial hog farms in North Carolina as nuisances will be delayed while attorneys for Smithfield Foods and plaintiffs “pursue potential options for alternative resolution of future trials.” Neighbors are 3-0 in trials so far; 23 cases are pending.

Nunes can call himself a farmer (Fresno Bee): A Sacramento Superior Court judge ruled that Rep. Devin Nunes can describe himself as a farmer on the Nov. 6 general election ballot. Three residents of the Central Valley signed a writ of election that said Nunes is not an active farmer and should not be allowed to claim a tie to agriculture.

Immigrants drop out of WIC (Politico): Officials in 18 states report drops of up to 20 percent in enrollment in WIC, which helps feed pregnant women, new mothers and their children, following reports the White House might deny legal statues to immigrants for using federal benefits although their children are U.S. citizens by birth.

Brazil court allows use of glyphosate (Reuters): A court in Brazil ruled that sales of the weedkiller glyphosate can continue while health officials complete a safety assessment; the ruling reduces the threat of a cutoff in approval of the herbicide until the safety report is issued.

Meet the 113-year-old farmer (Grand Forks Herald): Iris Westman celebrated her 113th birthday at the end of August, and since she still owns and rents some of the family farmland, the oldest North Dakotan may also be the oldest U.S. farmer.

– USDA releases annual Food Security in the United States report, 9 a.m. ET. At year ago, USDA said 12.3 percent of U.S. households were food insecure, meaning they were “uncertain of having, or unable to acquire, at some time during the year, enough food to meet the needs of all their members because they had insufficient money or other resources for food.” It was the lowest level of food insecurity since 11.1 percent in 2007. Levels rose during the 2008-09 recession and were elevated for years afterward. The peak was 14.9 percent in 2011

– Canada and the United States resume discussions over the new NAFTA, Washington.

Saturday
– The group Rise for Climate holds grassroots demonstrations around the world “to demand our local leaders commit to building a fossil-free world that puts people and justice before profits.”