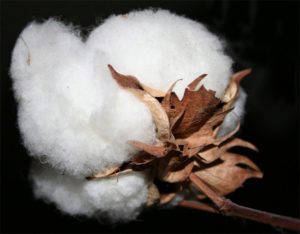 Cotton growers plan to expand their plantings by a sharp 3 percent this spring, taking away land from soybeans, the most prominent casualty of the Sino-U.S. trade war, said the National Cotton Council over the weekend.

What if insects disappear in a century? (The Guardian): Insects are going extinct eight times faster than mammals, birds and reptiles, according to a global scientific review that suggests that, at current rates, insects could disappear in a century, and that says agriculture is the main driver of this phenomenon, with urbanization and climate changes as contributors.

Klobuchar announces as centrist for president (Los Angeles Times):  Minnesota Sen. Amy Klobuchar, the second member of the Senate Agriculture Committee to seek the Democratic nomination for president in 2020, is running as a pragmatist and a coalition builder.

Picking up the pace with potatoes (Science): Potato breeding is slow work, measured in years. So researchers are excited about a new approach, called hybrid diploid breeding, that could cut in half the time needed to add desirable traits to a new variety and allow farmers to plant seeds, rather than planting chunks of a tuber.

If you can’t catch fish, catch DNA (AP): In an effort to help the elusive Arctic char, a landlocked fish found only in Maine, scientists are collecting water samples from the lakes and ponds where the char live and studying their DNA.

Thursday
– Final day to enroll for Trump tariff payments, officially the Market Facilitation Program. Producers of almonds, cotton, corn, dairy, pork, soybeans, sorghum, sweet cherries, and wheat are eligible for payments of up to $125,000 each for grain, livestock, and fruits and nuts.

Friday
– Deadline for negotiations on border security and expiration of three-week funding for USDA, FDA and other agencies.

– President’s Day. Originally created as a holiday to observe the Feb. 22, 1732, birthday of George Washington, the first president, the holiday became a day to honor all presidents following a 1971 law that set the observance as the third Monday of February. Some states still hold separate observances for Washington; President Lincoln, born on Feb. 12, 1809; and other leaders. Washington’s birthday became a federal holiday in 1879.