The Sino-U.S. trade war, which as stymied U.S. farm exports, “is going to be a long one, and we keep delivering the message, ‘We’re with you, Mr. President,’” said the leader of the largest U.S. farm group on Sunday — who then added a caveat.

Court challenge to EPA approval of dicamba is dismissed as moot 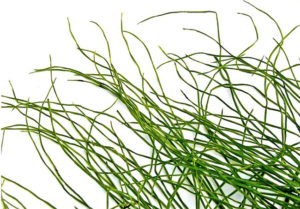 A federal appeals court on the West Coast dismissed as moot a lawsuit by environmentalists to overturn the EPA’s 2016 approval of the weedkiller dicamba. In 2018, an investigation showed that the agency, in making its decision to approve dicamba, ignored decades of independent science that said dicamba was prone to drift off target and damage other crops.

Four states consider laws defining meat (AP): Missouri led the way, and now state legislators in Nebraska, Tennessee, Virginia and Wyoming are considering bills that would restrict “meat” to flesh from animals, which would bar the word from packages of cell-cultured, plant-based or insect-based products.

Western snowpack to melt away (Mother Jones): The Sierra Nevada snowpack, which provides much of California’s water, including irrigation supplies for fruit, vegetable and nut farms, will dwindle over the next several decades as climate change creates warmer winters, according to a growing body of research.

Canada again says glyphosate is safe (iPolitics): After taking a second look, the agency Health Canada said glyphosate, the most widely used weedkiller in the world, is not a health risk if residues on food are within tolerance levels; the International Agency for Research on Cancer ranked glyphosate as a probable human carcinogen in 2015.

Global food prices fell in 2018 (FAO): The Food Price Index, based on a basket of five food commodities, fell 3.5 percent during 2018 due to lower average prices for meats, vegetable oils, sugar and dairy products.

– Delayed by shutdown unless there is an agreement: USDA releases Oil Crop Outlook, noon ET.

– Delayed by shutdown unless there is an agreement: USDA releases monthly Feed Outlook, Wheat Outlook and Rice Outlook, 3 p.m. ET.

Thursday
– Delayed by shutdown unless there is an agreement: USDA releases Livestock, Dairy and Poultry Outlook, noon ET.

– Delayed by shutdown unless there is an agreement: USDA releases monthly Sugar and Sweeteners Outlook, 3 p.m. ET