Many farmers “are struggling to stay afloat” because of the trade war and persistently low commodity prices, said the National Farmers Union board on Tuesday, calling on Congress and the White House to strengthen the federal safety net.

Drought-tolerant corn, most of it conventionally bred, is a hit 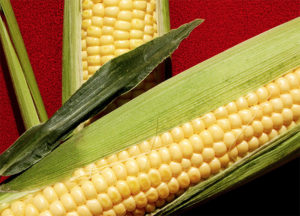 More than one-fifth of U.S. corn area is planted with drought-tolerant varieties, a remarkable rate of adoption considering the trait has only been available for a few years.

Bad news for Monsanto (Reuters): A federal judge will allow evidence that Monsanto allegedly attempted to ghostwrite scientific studies and influence their results, in an ongoing series of lawsuits alleging the company’s Roundup pesticide causes cancer.

Is that a cricket in your dog food? (Bloomberg): As pet owners seek out human-grade food for their pets, pet food manufacturers are experimenting with ingredients that might turn a person’s stomach, but not a dog’s.

Another suit against Trump (Eater): A former Mar-A-Lago pastry chef filed a lawsuit against the Trump business alleging that he was fired for participating in a sexual harassment investigation.

Concern about Perdue’s appointments (The Hagstrom Report): The senior Democrat on the Senate Agriculture Committee said she has some concerns, particularly in protecting the constitutional requirement for Senate confirmation of senior officials, about Agriculture Secretary Sonny Perdue’s appointment of three nominees to jobs that essentially let them run USDA programs while awaiting a Senate vote.

Traveling the pigweed states (DTN/Progressive Farmer): A three-part series looks at 28 states in the Plains, Midwest and South where Palmer amaranth, commonly called pigweed, “possibly the most aggressive weed American farmers have ever faced,” is becoming a familiar name.

Cold wave may bring wheat winterkill (Radiant Solutions): Very cold weather in the Midwest is likely to result in damage to winter wheat in central Missouri, central Illinois, central Indiana and central and southwestern Ohio, where snow cover is too thin to protect the plants from prolonged exposure to bitter cold.