Acting EPA Administrator Andrew Wheeler is “working very hard to find a solution” for the year-round sale of E15, said Iowa Sen. Chuck Grassley on a conference call with reporters Wednesday. Grassley also said that an earlier proposal that would allow refiners to earn the credits called RINs for exports is “no longer on the table” at the EPA.

USDA to buy $50 million worth of milk

The U.S. Department of Agriculture announced Tuesday that it will buy $50 million worth of fluid milk for distribution to food assistance programs. The purchases would mark the first time that the agency has ever bought fluid milk under a 1935 law that enables the federal government to support farmers by buying up surpluses. 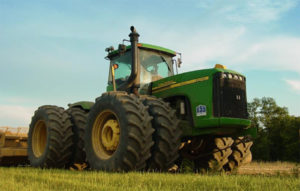 With commodity prices dropping and farm income projected to plummet, America’s farmers are growing increasingly anxious over the lack of specifics about how much money they’re going to get, and when they’re going to get it, from President Trump’s $12-billion bailout, reports The Wall Street Journal.

More than a third of farmers view President Trump less favorably than they did before the current trade war, according to a new poll by Farm Journal. The survey of 2,300 farmers also found that only a slim majority of those who supported Trump in the presidential election would vote for him again.

Big Beer goes for weed (CNBC): One of the largest alcohol companies in the world, Constellation Brands, has invested $4 billion in a Canadian medical marijuana company.

U.S. grocer to sell online in China (Wall Street Journal): Kroger will begin selling its grocery products on an e-commerce website owned by the Chinese company Alibaba, the latest move in the industry’s battle to capture online grocery retail.

So far, so good for dairy justice program (NPR): A year after Ben & Jerry’s signed on to Migrant Justice’s Milk with Dignity program, dairy farmers who supply the company, and the workers on their farms, are making a little more money.

USDA relocation plan stuns staffers (Politico): Employees of the USDA’s Economic Research Service were shocked by Agriculture Secretary Sonny Perdue’s announcement that he will relocate the agency outside of Washington, D.C. Staffers were made aware of the plan just an hour before it was made public.