Federal nutrition assistance at risk in a long-running shutdown

Two of the major public nutrition programs, SNAP and WIC, could run out of money if the partial government shutdown persists into February and beyond, affecting millions of people. While the USDA says funding is assured for this month, it is not as clear about what to expect in the future. 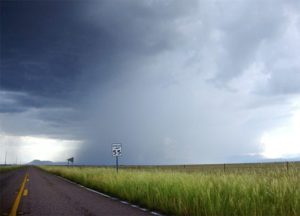 New House Agriculture chairman Collin Peterson said there are many challenges facing rural America, including  “a growing economic storm in farm country … and the ongoing harm of a trade war to alleviate, not to mention the range of unforeseen issues that will test the mettle of the people we’re here to serve.”

Author of ‘Freedom to Farm’ law, Pat Roberts, to retire after 40 years in Congress

Kansas Sen. Pat Roberts, the only lawmaker to chair the Senate and House Agriculture committees, will retire in 2020 after four decades in Congress.

USDA postpones January crop reports indefinitely (USDA): As expected, the USDA postponed the scheduled Jan. 11 release of major reports on U.S. and world crops due to the partial government shutdown, with the new release date to be set when funding is restored.

Seven issues in U.S.-China trade talks (Bloomberg): Farm exports are among seven issues that will be key in mid-level trade talks this week in China, with low expectations of a breakthrough.

Who to watch in food and ag (Food Tank): The self-described think tank for food lists 119 organizations, from foundations and green groups to urban farmers and food banks, “to keep an eye on in 2019 that are working towards a more sustainable food system.”

Shutdown = science slowdown (San Francisco Chronicle): Much of the government’s scientific establishment is halted by the partial federal shutdown, and “the crucial work of scientists on such subjects as wildfires, as well as water, climate, space exploration and more, is not getting done or soon won’t be.”