Congress sets the rules but farm subsidies are ‘a great investment,’ says Perdue

Agriculture Secretary Sonny Perdue steered clear of a farm bill squabble on Tuesday that has Iowa Sen. Chuck Grassley considering a vote against the bill because it would relax crop subsidy limits. 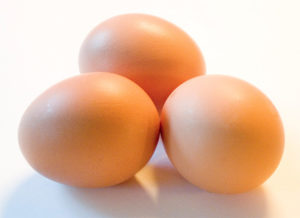 In a surprising amicus brief, the Justice Department last week recommended that the Supreme Court not hear Missouri’s challenge to California’s animal-welfare laws, which mandate larger cages for some farm animals. The stance could bode well for animal-welfare advocates fighting for similar legislation in other states.

What will it take to feed 9.7 billion in 2050 and prevent catastrophic climate change? The short answer: a lot of work. If today’s system of food production and consumption continues unimpeded, the results will be disastrous for the climate, land use, biodiversity, equity and food access, a new report says.

Undercurrent of concern among producers about farm economy

Few farmers—only 13 percent—surveyed for the Ag Economy Barometer said they expect farm profitability to improve in the year ahead.

Another ag-gag challenge (Animal Legal Defense Fund): A coalition of animal rights and environmental groups has filed a lawsuit against Kansas’ ag-gag law, arguing it violates the First Amendment.

JBS recall expands (FSIS): A salmonella outbreak,  in beef produced by JBS, has sickened 246 people since October; FSIS has recalled another 12 million pounds of beef produced by the Brazilian company.

Groceries and prescriptions in one stop (Wall Street Journal): Kroger will begin selling groceries at 13 Walgreen’s locations next year, as both companies seek to compete in a merger-mad retail grocery economy.

A tinned-tuna takedown? (New York Times): Among the many products that millennials have supposedly killed—cereal, napkins, home ownership—is canned tuna, sales of which have been declining for decades, according to Big Tuna.

Missouri says no to new dicamba rules (St. Louis Post-Dispatch): State officials decided they don’t need to strengthen the EPA’s rules on use of the weedkiller dicamba, although some experts doubt that the EPA went far enough to address the problem of drift-related damage to neighboring crops.