A month ago, the lead negotiators on the farm bill linked arms in a show of unity and said they wanted to have the $87-billion-a-year legislation ready for a vote when Congress convened for its post-election session. The lame duck session opens Tuesday and one lobbyist says there is no chance of a vote this week. 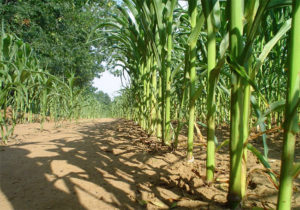 A new investigation from the Center for Investigative Journalism, finds that the EPA “ignored scientists’ warnings and extensive research that showed dicamba would evaporate into the air and ruin crops miles away, according to documents obtained through public records requests and lawsuits. Instead, the EPA’s approval was based on studies by the companies that manufacture dicamba, which independent scientists say were seriously flawed.

Senator is defiant about lynching remark (Jackson Free Press): Mississippi Sen. Cindy Hyde-Smith, a member of the Senate Agriculture Committee, defended her impromptu remark about a fellow cattle rancher — “If he invited me to a public hanging, I’d be on the front row” — as an exaggerated expression of regard amid criticism of racial insensitivity in the state with the highest number of lynchings.

Wednesday
– Farm Foundation forum, “What the mid-term elections mean for food and agriculture,” with remarks by a panel of ag journalists, 9 a.m. ET, National Press Club.

– House may debate and vote on HR 6784, sponsored by Rep. Sean Duffy, a Wisconsin Republican, to remove the gray wolf from the U.S. listing of threatened or endangered species in the contiguous United States.