If Congress misses farm bill deadline, how long will it take to finish the job? 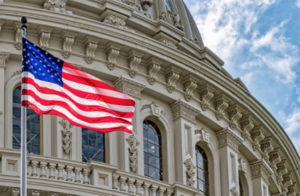 Barring a dramatic breakthrough, farm-state lawmakers will miss their target of enacting the 2018 farm bill in the next six days, according to two of the Senate and House negotiators charged with finding a compromise. There would be little immediate impact if the 2014 farm law expires, as scheduled, on Sunday without a successor in place.

Hurricane Florence is the latest illustration that “flood-prone coastal states like North Carolina are no place for CAFOs,” said the Union of Concerned Scientists, calling for tighter regulation of industrial livestock farms.

A year after Hurricane Maria caused thousands of deaths in Puerto Rico, the island’s farmers are still struggling to come back, according to FERN’s latest report, in partnership with On the Table, a farm-bill-focused podcast produced by NET, Nebraska public media. “It was like a horror film,” Luis Pinto, a plantain farmer, said through a translator. “You felt like the hurricane was crying.”

Embattled researcher to step down (CNN): Brian Wansink, an influential food researcher at Cornell University, resigned his post after a total of 13 of his papers were retracted by journals.

Blue Apron’s questionable pork (Bloomberg): The meal-kit company pitches customers on a “better food system.” But they still source pork from companies that use gestation crates, which animal-welfare advocates call “cruel and inhumane.”

Farmers, not lions, are the threat (New York Times): For itinerant cattle grazers in Nigeria, the biggest threat is the surge in farming, which is claiming land used by herders for centuries.

Do more for rural broadband, says poll (Harvest Public Media): A poll by Connect America Now, which wants to use TV frequencies for high-speed internet in rural areas, says nearly three-fourths of voters want the government to do more to bring broadband to rural America.

Trump to make E15 available year-round (Bloomberg): President Trump is slated to unveil in coming weeks a policy change allowing year-round sales of E15, according to people briefed on the plan, which could help Republican candidates in the Midwest.

SNAP is part of administration policy aimed at immigrants (Politico): A regulation proposed by the Homeland Security Department would allow denial of “green cards” to legal immigrants if they received benefits, such as SNAP, or if the government anticipates they will in the future.

– House Rules Committee meets to discuss terms of debate for HR 6157, which includes short-term funding for the federal government, including USDA and FDA, 5 p.m. ET, The Capitol.

– Leaders of Champions 12.3 release “SDG target 12.3 on food loss and waste: 2018 progress report,” New York. The report is part of climate week in New York on the sidelines of the UN General Assembly meeting.

– Second annual Reducetarian Summit, through Sunday, Los Angeles. Goal is to “explore strategies and tactics for ending factory farming and for reducing societal consumption of animal products,” and the theme of this year’s conference is “action.”

Sunday
– Expiration date of 2014 farm law. Food stamps and crop insurance will remain in operation while some programs face immediate shutdown if there is no successor legislation in place.